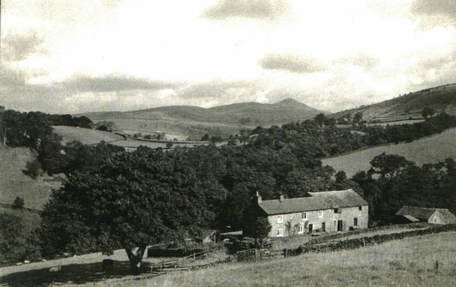 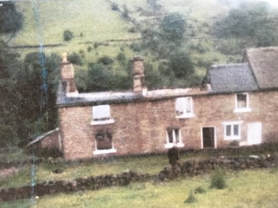 Back Dane, a former farmhouse, is currently managed as a holiday cottage by the Beasley Back Dane Trust (Registered Charity No. 1014796).

It was purchased in 1977 primarily so that children from inner-city areas could enjoy weekend breaks in the countryside. At present, it is used for children's outings organised by both the Beasley Back Dane Trust and other groups/charities with similar objectives.

It is also visited once a month by volunteers from the Trust to carry out any necessary maintenance and to continue with various construction projects.

Back Dane itself was abandoned as a home in 1962 (see memories from a former resident below). After standing empty for some years it was rented, from the Swythamley Estate, by the 147th Derby (Ockbrook) Rover Crew, as an outdoor centre for the Scouts. In addition to clearing up the mess left by years of neglect and mindless vandalism, they also dug the water well and laid a pipeline from it to the cottage. A few years later, they made the cottage available to other interested groups during any unused periods. One of these early (and enthusiastic) groups was the newly formed Derby branch of International Voluntary Service. Its members had recently started organising outings for children from socially deprived areas. To them Back Dane was an ideal venue for weekend trips. So when in 1974, the Scouts were no longer able to manage Back Dane, Derby IVS were only too happy to take over this function. The Scouts arranged favourable terms for the transfer, and it meant that Derby IVS were able to run children's weekends here at a frequency of once a month. Like the Scouts, they continued to sublet it to other organizations. One of their first acts, as the new management, was to install gas lamps fed from a single large canister. These lights were both easier to operate and maintain than the paraffin lamps that had been in use up until then. Being fixed to the walls they were also safer to use.

Unfortunately the tenancy of Derby IVS was short lived, as the cottage was burnt to ground less than two years after they took it over. Towards the end of November 1976, a party of teenagers was left in charge of the cottage. Deciding to go for a night walk, they first banked up the fire so that the cottage would be warm on their return. They then propped the fireguard in place with a full coal hod. Unfortunately, of the two hods in use at that time, one was made of plastic and the other from wood. Shortly before they got back, the heat from the fire, possibly aided by some coals falling out of the grate and continuing to smoulder, set fire to the hod. This, in turn, ignited the coal it contained. It appears that the children returned just before the situation was irretrievable but, in their anxiety to extinguish the fire, they rushed around opening doors, which had the unfortunate effect of fanning the flames. They were not helped by the fact, that some previous visitors had found an alternative use for sand and, had emptied all the fire buckets. The fire service was summoned, but the time taken for someone to reach the nearest telephone at Danebridge to call them, coupled with that required to get an engine from the nearest fire station was too long to save the cottage. The fire service arrived just as the roof fell in. They did, however, manage to save both the kitchen and the small bedroom at the top of the stairs. In both cases these rooms had doors that slammed shut in a breeze - vindication of the advice to keep doors firmly closed when a fire breaks out. Fortunately, no one was hurt, but it illustrates the vigilance needed in places like this, which are both far from, and of difficult access for the emergency services.

The one positive outcome of this accident was that it enabled Derby IVS to buy Back Dane. The year following the conflagration, Swythamley Estate was hit by crippling death duties, leaving the grandson with no option but to sell most of it. Because no one was prepared to make an acceptable bid for the estate as a whole, it was sold by lots. The shell of Back Dane together with four acres (1.62 hectares) of land went for £5,500. It would have fetched considerably more had the cottage still been intact, and it is unlikely that Derby IVS could then have successfully bid for it.

Buying Back Dane was one tribulation, rebuilding it was another - especially as strict Peak Park regulations have to be adhered to. As well as rebuilding the cottage, many improvements were also made to it over the next dozen, or so, years. These included the installation of a telephone and the laying down of a track to the front door, making year round access by car feasible. This last made getting materials to the site far easier. For many years an ancient dumper truck had been used for this purpose. It was not particularly reliable and, of course, everything brought out for Back Dane had to be transferred into this dumper for the last stage of the journey.

The highlight of 1984 was the installation of mains electricity. This was both a costly project and one that the electricity board managed to spin out for an inordinate length of time. Its eventual arrival meant that the petrol motor which pumped water from the well could be replaced by an electric one. Given that the petrol pump seemed to spend more time being repaired than pumping water, this was a godsend. The next project was to install flushing toilets. This also took far longer than anticipated, but eventually the day arrived in June 1991 when a WC was flushed at Back Dane for the first time. Emptying smelly chemical toilets suddenly became a thing of the past!

A development that occurred around this time was the formation of the Beasley Back Dane Trust. While the Derby Branch had continued to operate with the original IVS ideals, the national body had evolved new strategies. As a result they became a little fretful about some of Derby's operations, especially as, legally, the national organization was ultimately responsible for the local group's activities. After some discussion between the two sides, it was agreed that a new independent body should take responsibility for Back Dane activities. Derby IVS undertook to arrange this and named this new organization after Mary Beasley who, for many years ran a charity shop in Derby. Without the income she generated from it, the local group could not have achieved some of its objectives. After much delay, the transfer of activities finally took place in April 1997 (the details for transferring the assets are still being negotiated with the national committee). It practical terms, all this means is that the same people are still doing the same jobs, but under a different banner.

1962 Rented by the 147th Derby (Ockbrook) Rover Scout Crew from Christmas Day for 10/- (50p) a week and the upkeep of the premises.
1963 Restoration work started to repair several years of neglect and vandalism.
The water well dug and a pipeline laid to it.
1966 Derby Branch of International Voluntary Service formed.
1970 First involvement of Derby IVS with Back Dane. In all they held three children's weekends here during the year.
1974 Derby IVS took over the management of Back Dane from the Derby Scouts East District Service Team in order to ensure the cottage's continued operation.
Derby IVS used it once a month; remaining weekends fully booked by other organizations.
Paraffin lamps replaced by bottled gas lights supplied from a central source.
1975 An IVS work camp, with several overseas volunteers, held at Back Dane for the first time.
1976 The cottage burnt down on 27 November.
1977 Derby IVS purchased Lot 14 - Back Dane with 4 acres (1.62 hectares) of land - for £5,500.
Back Dane Appeal launched.
1978 Rebuilding work started in March.
1981 The telephone installed.
A second IVS work camp, supported by a £500 grant from the BBC Children in Need Appeal, held here.
1983 The track down to Back Dane laid, giving year round vehicular access.
1984 Mains electricity installed.
1985 The water supply petrol pump replaced by a more reliable electric one. (No more trekking down to the well to switch the pump on/off or to fill it with petrol!)
1987 A hot water shower installed for the first time.
1989 The septic tank installed.
1991 First flushing toilet installed.
The Beasley Trust (Registered Charity No. 1014796) set up by Derby IVS.
1993 Part (0.47 hectare) of the four-acre field fenced off for tree planting.
1995 A new (1,000 litre) water tank installed.
1997 Derby IVS transferred all its activities to the Beasley Trust, which then became the new manager of Back Dane.
1999 Planted 1,200 trees paid for by a Forestry Commission grant.
2003 National IVS agreed the final transfer of Back Dane to the Beasley Trust on a 999-year lease.
2014 The freehold for Back Dane was obtained by the Beasley back Dane Trust.